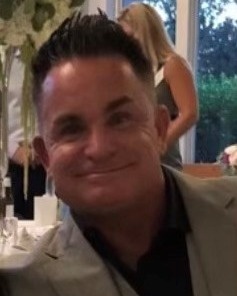 Born in Louisville, Kentucky on February 25, 1971, he is survived by his mother Deborah, brothers Jim (Tracy), Jason (Michelle) and nieces and nephews Austin,Taylor,Presley, Dayton and great-nephew Payton Price along with many family and friends.

Tony enlisted into The United States Air Force at the age of 18 and fought in the original Desert Storm followed by another deployment 30 year later to Qatar.  After serving his country for 32 years he recently retired.

He had a love for Corvettes, classic cars, lifting heavy weights, his University of Kentucky Wildcats, his Dallas Cowboys,  making money as well as a good book or movie, but especially loved spending time with his family and friends.

A funeral service to celebrate Tony's life will be conducted at 12 noon on Saturday, September 24th in the Chapel at Poole Funeral Home, 1970 Eagle Drive Woodstock, Georgia 30189.

Guests are invited to attend a visitation from 12-8pm on Friday, September 23rd and 11am day of the funeral.

In lieu of flowers, the family is asking for donations to the Susan G Komen Foundation or Fischer House.

To order memorial trees or send flowers to the family in memory of Anthony Metcalfe, please visit our flower store.