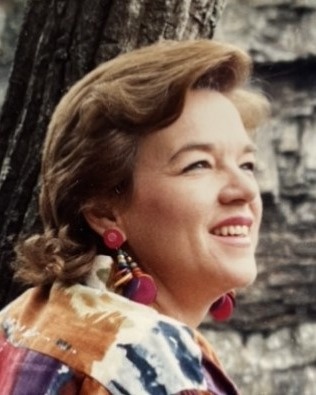 “I can do all things through Christ who strengthens me.” Philippians 4:13.  After a long battle with a terminal neurological condition, it is this scriptural promise that Beverly Dawn Steele Creel held onto in the darkest of days and in the bright light of the morning sun as she traveled home to be with her beloved Savior just before dawn on September 22, 2022 surrounded by family.

Beverly was preceded in death by her son, Franklin Lee Barron Jr., her brothers Stanley Brian Steele Sr. and Dr. Robert Leslie Steele, as well as her mother Willa Evelyn Young Steele who also died on September 22nd in 1957.

Beverly started her life in Blakely, GA but since the age of 13, when she lost her mother to breast cancer way too soon, she considered Middlesboro, Kentucky her home because of the peace she and her family found there. Most of her adult life was as an Alabamian in an area she would call “Chilagauga” - just between Childersburg and Sylacauga, Alabama where she would have afternoon tea and read her bible on the front porch watching the ever-increasing traffic go by.

Known to some as Mama, Dawnie or Mrs. Creel, Beverly was passionate about southern food - especially seafood, music that she played as loud as she could during her waking hours, injustices against those who could not fight for themselves - namely women and children who were trapped in abusive situations, gardening - particularly anything that flowered - the brighter the color the better, sewing - everything from aprons to one of a kind prom dresses, travel to anywhere - the word “go” was among her very favorites, and in her later years, learning the word of God deeply and intimately.

Beverly’s story reads like a complicated novel that like pottery on a wheel, molded and shaped who she was. Some areas were beautifully and creatively smooth. Others had ridges that the Lord continued to hone even to her last breath.

Beverly left a deep and lasting impression on everyone with whom she encountered. In her final days on earth, she would often stop and ask total strangers, “Has anyone told you they loved you today?” And if the answer was no - or yes - she would say, “Well, I love you.”

She was baptized under the loving care of her church family in Alabama at Center Hill United Methodist Church pastored by Brother Rodney Frost, and she worshipped in her final days at North Metro Church, pastored by her son-in-law Rob McDowell, along with her family in Marrietta, Georgia. She retired from Walmart Stores, Inc. and served as a Pink Lady at Coosa Valley Medical Center in Sylacauga, AL.

In lieu of flowers, the family requests, as it was Beverly’s desire, that donations be made to St. Jude Children’s Research Hospital in her memory. https://www.stjude.org/donate/donate-to-st-jude.html?frequency_selected=2&sc_icid=faq-donation-memory-text.

A Celebration of Life Service will be held for her at North Metro Church in Marrietta, GA on Saturday, October 29th - 1:00-3:00PM EST. All are welcome and are asked not to wear black. Vibrant colors requested to honor Beverly’s love of all things bright and beautiful.

To order memorial trees or send flowers to the family in memory of Beverly Dawn Steele Creel, please visit our flower store.