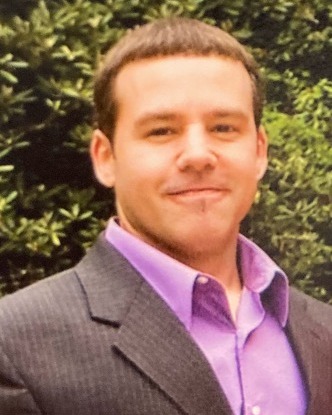 Daniel (Danny) Lee Cox unexpectedly passed away in the early morning hours of November 3rd, 2022. He had just celebrated his 53rd birthday. Danny was born in Marietta, Ga and called the town of Woodstock his home for pretty much his entire life. As a boy, Danny could carry on a conversation like an adult – a witty, fun-loving, and an incredibly intelligent and insightful child, he grew up with his mother, Sharon Brock (d) and his sister, Melissa, in their small suburban ranch home, his time spent being a big brother, playing hot wheels and building models of cars and planes. He loved cars and through the years purchased and tinkered on various muscle cars and Jeeps that tickled his fancy in the moment. He loved jazz music, Marilyn Monroe, and being near the ocean. He always wanted to move to Florida.

Like his mother, he developed a love of animals and brought home many a stray dog. He taught his furry friends to live like he did, running through the woods, climbing ladders, and just living the adventures this world had to offer. He was a true outdoorsman and spent much of his young adult years fishing, hunting, being in nature camping with friends, and bringing his four-legged companions like Blaster or Chance or Kita along with him. He loved dogs and nature.

By trade, Danny was an incredibly skilled carpenter. His passion for woodwork began at Etowah High School – he could see a piece of wood and know what it would become; he had a true knack for it. Danny began his career working for larger home building companies and then built his own business from the ground up - DC Enterprises - offering general contracting services and punch out warranty work to those companies, as well as to the community as a whole. Chances are, if you bought a house in the Woodstock or Holly Springs or Canton area at the turn of the century, you might be living in a DC built home.

You could say Danny was an avid collector of memories – he could tell you all about the friends he had as a teenager and remember in finite detail the events of their parties, their many adventures in the woods, or just things that happened in their daily lives. He could bring up a memory about the time you ate “such and such” meal at this restaurant and the waiter said “this thing” to you and it was the funniest and everyone was dying laughing. He could tell you about how a particular driver did a certain maneuver in the Daytona 500 15 years ago to wow everyone and win the race. He had an uncanny ability to read people, too, and he would inevitably be right when he dug in to stand his ground on something. His mother always said that Danny “just knew things”. Danny knew a lot of things, that’s for sure. He had a treasure trove of memories as deep and as vast as the ocean that he so loved.

Danny was fiercely proud and protective of his family. He loved to regale adventures of his sister Sandy who lives in Alaska with her husband and daughter, or of his sister Samantha who went to on to become a park ranger. He would brag on his sister, Melissa, who was a teacher turned entrepreneur to sell science lessons all over the world. He was the final storyteller of his mother’s life as he spent the last fifteen years of his own living with her and caring for her as she declined with end stage COPD. Danny loved his family more than anything in the world.

We are so incredibly heartbroken for his loss. Gone too soon, Danny leaves behind three sisters, Melissa McAbee Zaher (Neal), Sandra Scrase Whitman (Matthew) and Samantha Brewton (George), his father and stepmother, Thomas Lee Cox and Gloria Jean Cox, and three nieces, Ara and Abbott Zaher, and Brooks Whitman. In lieu of flowers, please consider donating to the Humane Society (donate here: https://bit.ly/PupsforDan) or the American Lung Association (donate here: https://bit.ly/ForSharleigh), two organizations that are near to Danny’s heart.

We miss you and love you so much, Dan. Until we meet again.

To order memorial trees or send flowers to the family in memory of Daniel Cox, please visit our flower store.