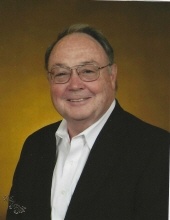 Dr. David A. Blake, PhD, 80, of Big Canoe, Georgia, died on Thursday, October 14, 2021, at The Retreat at Jasper. Born August 26, 1941, in Baltimore, MD, he was the son of the late James B and Pauline (Citrano) Blake. He was the devoted husband of Barbara A. (Bannon) Blake, to whom he was married for 58 years.
Dave earned his undergraduate degree in pharmacy, with honors, from the University of Maryland in 1963, the first in his family to graduate from college. He put himself through a PhD program in pharmacology at the University of Maryland by working as a pharmacist, graduating in 1967. Dave went on to complete a postdoctoral fellowship at the National Institutes of Health studying pharmacology and toxicology. He was then appointed assistant professor of pharmacology at the University of MD. While still in his 20s, he was named chair of the Department of Pharmacology and Toxicology in the School of Pharmacy at the University of Maryland and a research associate professor in the Department of Anesthesiology. In 1973, he was appointed assistant professor in the Departments of Gynecology/Obstetrics and Pharmacology at Johns Hopkins University School of Medicine. During his research career, he published 72 articles primarily studying toxic effects of drugs on the developing fetus. He was tapped to leave the research bench to become associate dean for research at Johns Hopkins, his leadership leaving a mark on the future of medical research. In his two-decade tenure at Johns Hopkins, he was recognized as a respected researcher, teacher and administrator. Dave supported faculty in obtaining grant funding for their research, developed policies around ethics in research. established one of the first intellectual property offices in a medical school and was instrumental in leading a campaign to build a state-of-the-art research facility. Following his 20 year tenure at Johns Hopkins, Dave was appointed senior vice president for Biomedical Research for the Association of American Medical Colleges (AAMC), In 1997, Dr. Blake was named associate director of the Emory Health Sciences Center and vice president for academic health affairs where he contributed until his retirement in 2013. As accomplished as he was in his career, he maintained his humility, preferring to work behind the scenes. He was beloved by all from the security guards to the president of the hospital, always taking a special interest in all he encountered.
Dave was active in his community throughout his life. He coached little league football, lead a group of Indian Guides, offered rest and recreation to many US Naval Academy students and mentored many young people. He was active in his church, volunteered helping people with drug addiction, and always ready to volunteer or contribute to a worthy cause. He loved his hometown and the Chesapeake Bay, boating, fishing, golf and organizing family gatherings. He was generous with his time, love and treasure.
Our Dee always put family first. He was deeply loved by his children, daughter Karen Blake Dewling and husband Rob of Cumming, GA, son Daniel Blake and wife Dawn of Reisterstown, MD, son Gregory Blake and wife Brenda of Burke VA; brother J. Brooke Blake (deceased) and wife Linda of Roswell, GA, brother John Henry (Jack) Blake and wife Helen of Brighton, Michigan, brother Raymond Blake and wife Brenda Ripley of Susan, Virginia and sister Marianne Reininger and husband Michael of Relay, MD; grandchildren Robert Dewling and wife Dailey, Madalyn Dewling and Lily Trapkin, Nicholas Blake, William Blake, Caralyne Blake, Aidan Blake, Gwendolyn Blake, Trent Blake and Rafe Blake as well as many nieces and nephews and dear friends he held as family.
A Celebration of Life and Memorial Service will be held on Friday, October 22, 2021 at 11:00 am at Big Canoe Chapel, 226 Wolfscratch Circle, Jasper, GA 30143 followed by a reception in the Cousins Fellowship Hall adjacent to the church.
In lieu of flowers, memorial contributions in Dave’s name can be made to the Alzheimer’s Association (alz.org) 41 Perimeter Center E #550, Atlanta, GA 30346 or to BCAR (BigCanoeAnimalRescue.org) 7506 Wilderness Parkway Big Canoe, GA 30143
To order memorial trees or send flowers to the family in memory of David Andrew Blake, please visit our flower store.