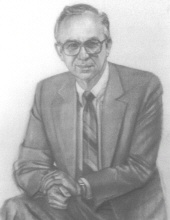 Donald Samuel Conkey changed his mortal address to an unknown immortal address on Feb 2, 2022 (He passed from complications of heart surgery)

Donald S. Conkey was born on December 26, 1927, to Hall Conkey and Christine Walker in lake

in Daytona beach, Florida. Three children were born to this union, Curtis (Catheryn) Conkey of Colorado

Livingston of San Francisco, California and Sam Bracken of Kaysville, Utah. Donald was grandfather of 30,

Following medical retirement after 29 years with US Steel, Donald recovered his health and became

statewide effort to defeat the 1992 Lottery Referendum in Georgia. The lottery efforts were in vain –

losing by a narrow margin. Don became a student of the US Constitution keeping a box of mini

constitutions to hand out and insisting that GOP Candidates for office be well versed in its principles.

Mr. Conkey served many years in regional leadership roles in his church, traveling throughout the

southeast helping to expand the church and provide public outreach for the church. He served on the

headquartered in Toronto, Ontario, Canada where they were charged with building bridges of

understanding with the many religious communities in Eastern Canada. He supported Joan as she

served as vice chair of a Canadian Program titled “Festival of the Family” with over 15,000 Canadians

After returning from their Church Mission in 1995, the family moved from Decatur, Ga to Woodstock, Ga

becoming involved in the Eagle Watch HOA, with Donald serving as editor for the monthly newsletter for

love for small business and began writing an opinion column for the Cherokee Tribune in October 1998,

having published over 1100 columns before passing away.

Donald served as a temple worker along with Joan, in the Atlanta Temple in Sandy Springs, Ga for over

30 years. Donald authored and published numerous books, many on his Family Genealogy after

Funeral Services will be conducted by Poole Funeral Home in Woodstock, Ga and will be held at the The

at 4:00PM. Interment will be at Georgia National Cemetery in Canton, Ga at a later date. Pallbearers will


To order memorial trees or send flowers to the family in memory of Donald Samuel Conkey, please visit our flower store.

The Church of Jesus Christ of Latter Day Saints

The Church of Jesus Christ of Latter Day Saints