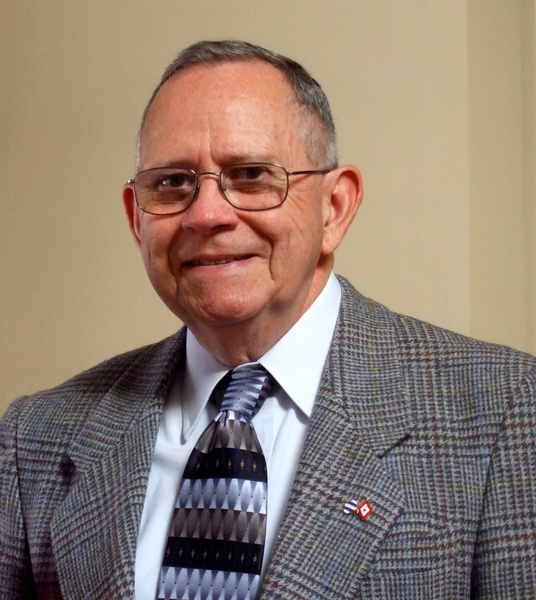 Ed was born on September 23, 1942 in Paris, Texas to Thomas A. and Margaret K. (Nowlin) Griffis.  The family moved to Pomona, California when he was four.  He had seven brothers and sisters. He went to Pomona High School (class of 1960) and was in Concert Choir and Madrigals. He played tennis and worked for Western Union and the Progress Bulletin. Ed met Claudia A. Straus, wife of 57 years, in church.

Ed joined the Navy and retired 22 years later.  He was on the USS St. Paul, out of Japan.  Other duty stations include Newfoundland, Guam, Maryland, Taiwan, Norfolk (twice) and Washington DC.  As a Yeoman he served as a Flag Officer Writer his last 6 ½ years.

Ed’s next career was with AT&T, which eventually moved him to Georgia. After his second retirement, he had a fun job of working at the Joshua and Family Christian Bookstores.

Ed was always part of a church no matter where the family was located. He loved music and sang in choirs and quartets, was a song leader, taught Sunday School and was a deacon.  Many remember him singing The Lord’s Prayer when given the opportunity.

Ed is preceded in death by his parents, Thomas and Margaret Griffis, his siblings, Thomas, Jr, Margaret, Don, Carroll and William.

Ed was an active member of First Baptist Church Woodstock, where services to honor his life will be held. Family will receive friends at 9:00 AM, Thursday, May 19, 2022 with the service at 10:00 AM with Rev. Doug Metzger officiating.  Interment will be at 12:30 PM at Georgia National Cemetery in Canton.  Arrangements are handled by Poole Funeral Home.

In lieu of flowers, donations may be made in his name to the Alzheimer’s Association or an organization of your choice.

To order memorial trees or send flowers to the family in memory of Edgar O. Griffis, please visit our flower store.