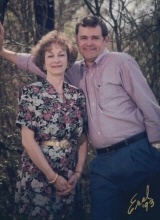 Mr. Fred Holmes Glass Jr., age 82 of Acworth, Georgia passed away on Sunday, May 30, 2021. He was born on July 26, 1938 in Piedmont, Alabama. He was the son of the late Fred Holmes Glass Sr. and Ruth Farmer Glass. Mr. Glass is survived by his wife, Helen D. Glass; daughter, Anita Neath (Doug); grandchildren, Justin Neath, Sarah Neath, Ethan Neath and Christina Neath; and great-grandchildren Aubrey Neath and Emma Neath. He is preceded in death by his son, Keith Glass and grandson, Alexander Glass. Mr. Glass was a man of vast experience, loyal service and wholehearted commitment. He worked at Beaudry Ford of Atlanta for 30 years. Prior to which he was with Oxford Industries for many years. He served in the Air National Guard in addition to his many other commitments. However his most important commitment, in conjunction with his family, was to his church. Early in those years he attended the Snellville Church of Christ where he was selected to serve as an Elder for several years. After moving to Acworth he began sharing his servants heart at the North Cobb Church of Christ. His final church home was at the Woodstock Church of Christ where he and his wife faithfully attended. He was a self-described "do it yourselfer" there was nothing that he could not fix or make once his mind was focused on it. He was especially fond of working on or with cars and model trains. A memorial service for Mr. Fred Holmes Glass Jr. will be held on Sunday, June 27, 2021 at three oclock in the afternoon at the Woodstock Church of Christ, located at 219 Rope Mill Road Woodstock, Ga. 30188, with Minister Matt Amos Officiating.

To order memorial trees or send flowers to the family in memory of Fred Holmes Glass, please visit our flower store.