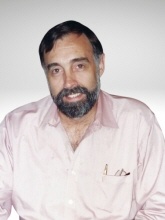 Frederick Harold BakerApril 3, 1948 "� July 10, 2021Frederick "Fred"� Harold Baker of Woodstock, Georgia left this world to journey to heaven on July 10, 2021 after fighting a courageous battle against pancreatic cancer. He was predeceased by his parents, Clifford Harold Baker and Beverly Moore Lundy. At the time of his passing, his loving wife of 41 years, Beverly Vaughan Baker, and his daughter, Lauren Baker McLeod, were by his side. Fred was raised in Houston, Texas, and he graduated from San Jacinto High School in 1967. Growing up, he had a special relationship with the families in his neighborhood (the Weyer', the Gregory', the Mitchell', and the Spaniel') who he remained close to throughout his life. Being drafted into the Army at 19 years old, Fred answered the call of his country to serve in the Vietnam War. After serving one year in the jungles of Vietnam, and one year as the Company Orderly, he served his remaining two years stateside as a Military Police Officer at the Valley Forge Army Hospital in Phoenixville, Pennsylvania. Upon returning to civilian life, he began what would become a 40-year career at AT&T "� the place where he made many dear friends and eventually met the love of his life, Beverly Vaughan. They were married in August of 1983 in Kauai, Hawaii. After moving from Houston to Atlanta, Fred became the devoted father to his daughter, Lauren, in 1990. Three months before he passed, Fred got the extraordinary gift of meeting his son, Curtis, for the first time, a moment which he greatly treasured. He was the beloved "Uncle Fred"� to many nephews and nieces and had a special relationship with Abe, Erin, Monique, Pete, Sarah, Emma, Sam, Olive, Lyndsay, Eric, Syann, Adrien, & Hayden. Fred is survived by his wife, Beverly, of Woodstock, Georgia; daughter, Lauren Baker McLeod (Joseph) of Atlanta, Georgia; son, Curtis Henry (Sylvie) and grandsons, Julien, Luken, and Kinnon of Columbia, Maryland. Fred leaves three brothers Bobby, Danny, Frank, and a sister Rachel, in Texas; as well as many nieces and nephews. In addition to his family, he will be greatly missed by dear friends, his racing family in Arkansas, and his beloved pets. A Visitation will be held Tuesday, July 20, 2021 at 10am at Woodstock First Baptist Church, which will be followed by a memorial service at 11:00am. In lieu of flowers, Fred' family asks that donations be made to Healing4Heroes.org, an organization which connects wounded service members with A.D.A. compliant service dogs "� causes very near to Fred' heart. Please note "In memory of Fred Baker"� in the special instructions when making a donation.

To order memorial trees or send flowers to the family in memory of Frederick Harold Baker, please visit our flower store.