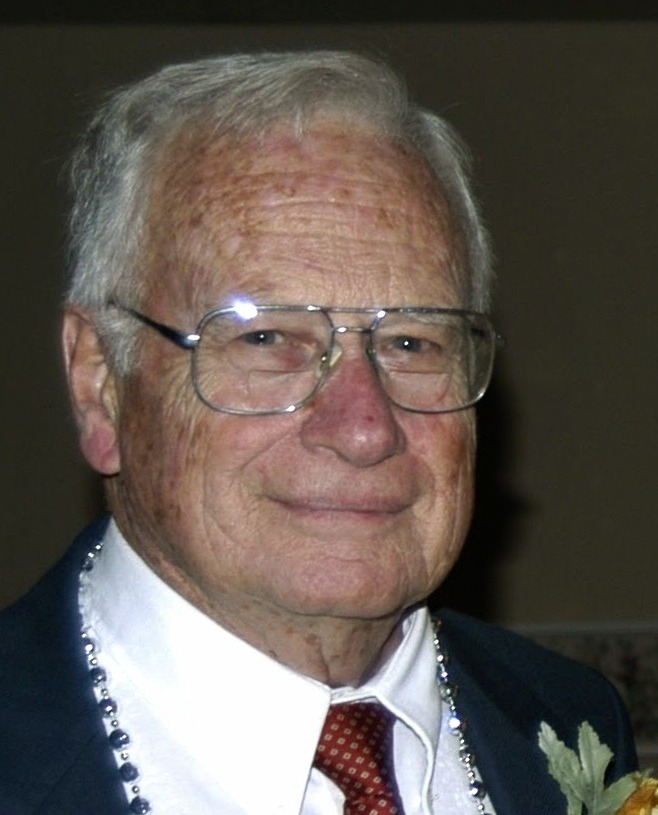 On Friday, December 16, 2022, at the age of 94, Ralph Jones, loving husband and father peacefully entered his heavenly home.

Ralph was born on August 8, 1928 in Elizabeth, NJ to Elmer and Francis (White) Jones.  He received a degree from Babson College in Wellesley, MA in 1946 and served in the Army from 1950 to 1952.  He worked for the Singer Corporation but was most proud of his accomplishments at International Telephone and Telegraph (ITT) in New York.  Ralph designed and directed one of the first cash management departments in a multi-national corporation, winning the Harold Geneen Grand Prize for Individual Achievement award in 1983.  In addition, Ralph authored two books on data security.

Ralph was an avid woodworker and ‘do-it-yourself’ handyman.  He loved building things – furniture, home improvements and even toys for his grandchildren.  Ralph’s smile and laugh were infectious and he always found time to help a neighbor.  But Ralph’s real love was trains and after he retired in 1987 he combined his love of trains and building things into building ‘live steam’ scaled train cars and buildings.  Ralph was a member of the Canton, St. Paul & Pacific Railway club and you can see many of his buildings and rolling stock at their Canton facility as well as the Southern Railway Museum where two of his train cars are on permanent display.

Ralph was a man of faith and truly believed that Christ defeated death for us through the immortality promised to all by Christ.  Remember him with stories that rejoice in what was good and blessed in his life.  A private service to celebrate Ralph’s life will be held at a later date.

To order memorial trees or send flowers to the family in memory of Ralph Elmer Jones, please visit our flower store.