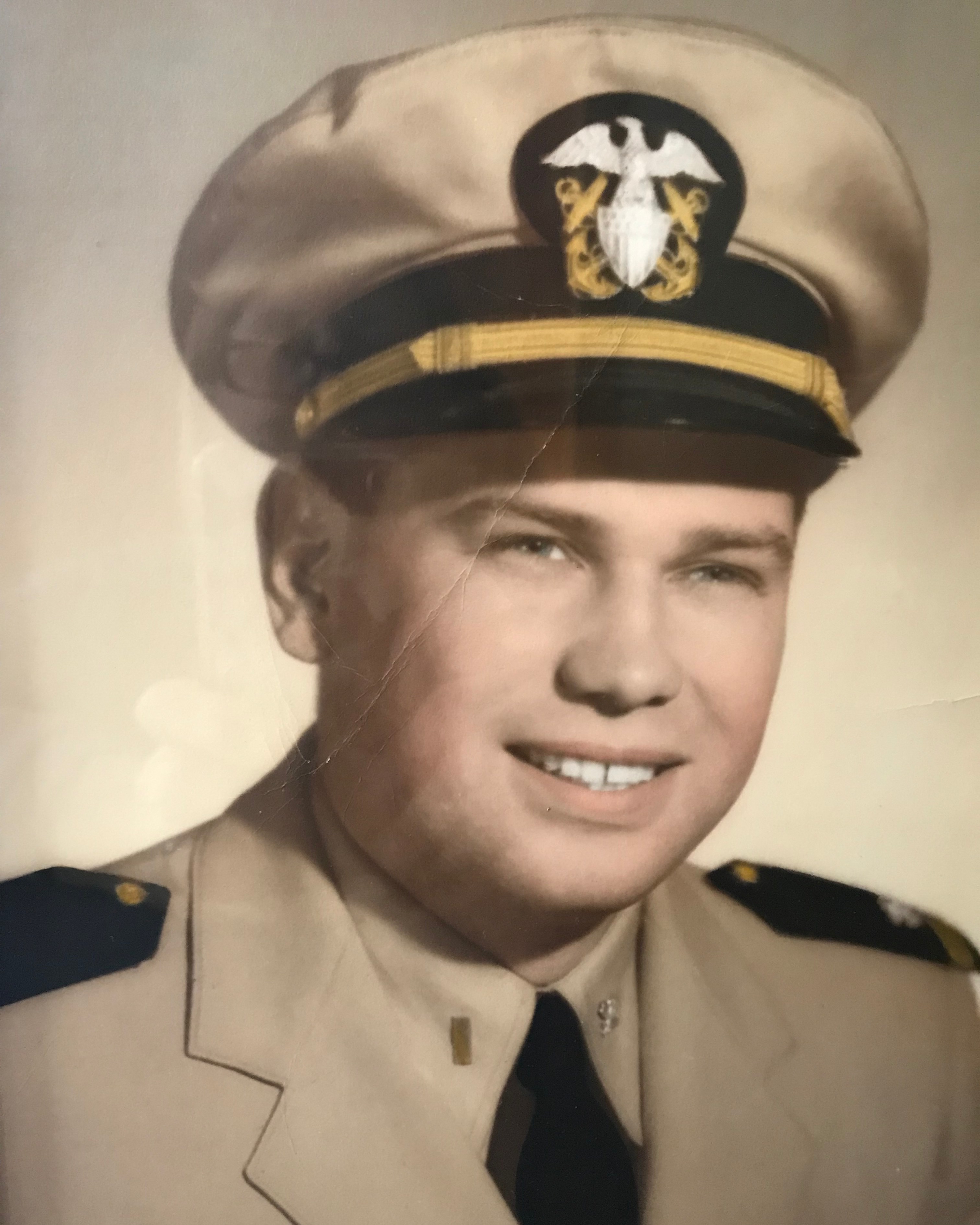 Long-time Cortland resident, James ("Jim") R. May, Sr. passed away December 1, 2022, at the age of 94 in Woodstock, Georgia, where he resided the past four years. Jim was born at home in Buffalo, NY on July 11, 1928, to Isidore F. and Mary Ann (nee Diebold) May. He was the youngest of nine children and was pre-deceased by siblings, Conrad G. May, M.D.; Mary Agnes Belgrade; Dorothy Haggerty; infant sister Irene; Sister of St. Joseph Jeanette; Robert J. May; Sister of Mercy Rita; and Francis A. May, M.D.

Jim graduated from Canisius High School in Buffalo in 1946 where he played three sports. He earned a football scholarship to Canisius College from which he graduated in 1950. He married to his wife, Patricia Creahan May in August of 1950, who predeceased him in 2012 after nearly 62 years of marriage. Jim enlisted in the U.S. Navy in 1950 during the Korean War and was stationed in Guantanamo Bay, Cuba. He was honorably discharged in 1954 after rising to the rank of Lieutenant, J.G. Jim subsequently served in the Navy's Ready Reserves for several years. After leaving the Navy, he began a 43-year career in the car business in Buffalo, NY and Ithaca, NY, culminating in the purchase of the former Jim May Pontiac-Buick-Olds-GMC car dealership in Cortland, NY in 1973.

Jim adored his wife, Pat. He loved his family, as well as cars, golf, sports, and tinkering. Always eager to get his hands dirty, his friends will tell you he never turned down a chance to help a friend or neighbor build or repair something, put in a dock, or share stories of escapades. He and Pat spent 39 summers on Skaneateles Lake, building a cottage on the lake in 1999 where they spent summers after retirement, leaving a legacy and love of "life on the lake" to their family.

Jim is survived by his four children, James R. ("Rick") May, Jr. (Victoria) of Woodstock, Georgia; Mary Elizabeth ("Beth") Benton of Carthage, NY; Linda May Armstrong (Don) of Cortland: and John G. May (Laura) of Cortland. He is also survived by nine grandchildren, James R. ("Jim") May III (Stephanie), Alison May Kuzuma (Daniel), and Michael J. May (Katie), all of Georgia; Sean Benton of Carthage, NY and Cassie Latella (Philip) of Deerfield, NY; Megan L. Armstrong of Atlanta, Georgia; and Matthew J. May and Michael R. May of Malta, NY and Mallory May of Cortland. His eight great-grandchildren include Jackson and Ryan May; Clayton and Carter Kuzma; Leigha and Parker May; and Olivia and Philip Latella VI.

Jim will be interred with his wife, Pat, in Buffalo, NY at Mount Calvary Cemetery where his parents and two of his brothers are also buried. There are no calling hours. A memorial will be private at the convenience of the family.

To order memorial trees or send flowers to the family in memory of James May, please visit our flower store.