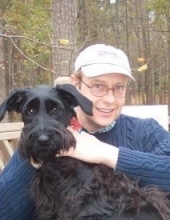 John F. Schneider of Acworth, Georgia, formerly of Newington, age 69, died of lung cancer October 31 at home.  Born in Beaver Dam, Wisconsin to the late Frederick and Lois Schneider, he grew up in Newington.  After graduating from Kingswood-Oxford School, he attended Utica College in New York state and served in the Army Reserves.  For many years, John worked in the financial and insurance industries.  He enjoyed politics, dogs, and sports, especially the Green Bay Packers and Atlanta Braves.  He leaves his wife, Denise Schneider; two sisters, Jane Schneider Bradford and Anne Schneider McNulty; several nieces and nephews; and cousins.  The funeral and burial were private.

To order memorial trees or send flowers to the family in memory of John Frederick Schneider, please visit our flower store.