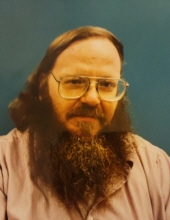 Karl Avera Haun, age 71, passed away on Sunday, February 7, 2021 in Canton, Ga. He was born on March 4, 1949 in Shellman, Ga, the third son of Harold and Virginia Haun. He was a 1967 graduate of Calhoun County High School in his hometown of Edison, and immediately after graduation enlisted in the U.S. Navy where he served for more than 9 years. He was a Vietnam Veteran serving on destroyers in the South China Sea, as well as a linguist in both Vietnamese and Chinese. He processed refugees from Vietnam on Guam for several years, as well as serving in Japan, Diego Garcia, Virginia, and West Virginia. Upon his discharge from the Navy in 1976, he entered the University of Georgia where he earned his degree in accounting in 1980. He was an avid Bulldawg football fan for life! He was married to his wife Keiko Aoyagi from Kofu, Japan, for 43 years and their son Keith was born in 1980. After graduation he worked in the printing industry and then for the U.S. Department of Treasury until his retirement in 2019.He is survived by his wife, Keiko and son Keith, as well as by sister Mary and brothers Harry and Wesley and numerous nieces and nephews, in particular Jason Cutchins who made sure Karl and Keiko were okay. He was preceded in death by his parents, Harold Haun, Sr and Virginia Avera Haun, older brother Harold Haun, Jr., and younger sister Lovina Baird. Karl was a proud member of various veteran organizations and a disabled American Veteran.He will be laid to rest on Monday, February 22nd, 2021 at 11:00 am in Georgia National Cemetery in Canton. He will be missed by his family and friends. In remembrance of Karl' life, the family asks that any charitable donations be made to DAV, https://www.dav.org/, or to your favorite charity.

To order memorial trees or send flowers to the family in memory of Karl Avera Haun, please visit our flower store.