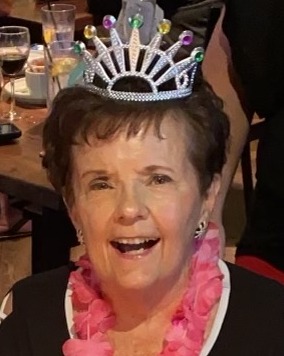 Linda Hughes Johnston (age 81) passed away on December 27, 2022, in Canton Georgia. She was born July 16, 1941, in Pittsburgh, Pennsylvania to Ezra Thomas and Kathryn June Hughes. She was a resident of Canton, Georgia. She was Presbyterian by faith and enjoyed attending church services at the Lodge at Bridgemill. As a young adult in New Jersey, Linda was a talented singer and dancer, performing in summer stock where she met many actors and actresses. On March 28, 1965, she married the love of her life William (Bill) Johnston. She was a devoted wife serving as president of the Officers Wives Club and worked for many years as a volunteer for the American Red Cross. As a military wife, she traveled all over Europe meeting so many friends whom she’s kept in touch with through letters and correspondence; one of her endearing qualities. Linda was an avid reader and historian, so she was a great Trivia game teammate. She was a fantastic cook and hosted countless dinner parties and holiday dinners in her early years. Linda was incredibly social and enjoyed meeting people. This attributed to her landing a job as Ted Turner’s receptionist with CNN. While a resident of Peachtree City, Georgia, she was an active member of the sorority Delta Xi for many years. Linda was fond of her sorority sisters and the bond she formed with each of them. Upon her retirement, Linda moved to Sun City Hilton Head where she fulfilled her dream of living near the beach. Later in life she still enjoyed travel and attending social events with friends and family. Linda was a movie buff, and loved the sun, sand, and everything nautical. But more than the beach, she loved being a big sister, mother to four daughters and grandmother to seven grandchildren.

In lieu of flowers, please make donations to St. Jude Children’s Research Hospital in her name.

To order memorial trees or send flowers to the family in memory of Linda Johnston, please visit our flower store.