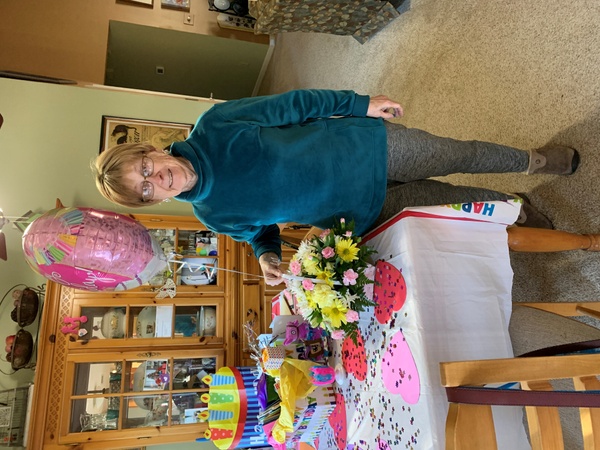 She was born to to the late Marguerite Smith and Stephen Laurnoff January 28th 1931, in Erie PA. Marjorie graduated from East High School, class of 1949.

Marjorie is survived by her two children, Susan Kazlauskas ( Charles) of

Marjorie (Marjie with a J) was a always on to the next adventure, ground breaking woman. She was the 2nd girl in the East High Drum and Bugle Corp, first to play trumpet. She was an avid competitive swimmer in high school, winning many medals. While working at Erie Insurance Marjie was the founder of their first woman’s golf league.

Marjie founded and was leader of Girl Scout Troop 54.

Mom’s love of sports was unmatched. Some of her favorite were hockey (Erie Lions), baseball (Toronto Blue Jays, been there done that) and golf.

What mom loved most was to travel. She had goals where she wanted to go and made it happen. From London, Spain, Italy, Greece, Turkey to the beautiful eastern and western USA.

Mom. Moved to Georgia in 1999 where she lived with her daughter and son-in-law, (Charles) She was always grateful to the both of them. On the drive down from Erie, Charley was pulled over for speeding. Charley told the officer my mother-in-law is moving in with me the officer said just slow down. No ticket😂

Mom made friends easily, her friends included the Dominoes Ladies, who got together to play Mexican train dominoes.

One of her favorite songs OnThe Road Again signaled an adventure was in full swing.

Mom is on the road again, safe blessings as you travel on.

The family will gather for a private remembrance.

To order memorial trees or send flowers to the family in memory of Marjorie Arline Kloss, please visit our flower store.