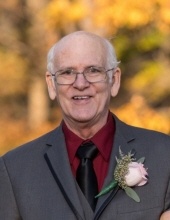 Mark Edward Burgess, 72, of Woodstock, Georgia, passed away November 19, 2021 while playing the “cornhole game of his life”. He was born December 29, 1948 in Japan while his father served in the Air Force after WWII, but spent his youth in Tallahassee, Florida.

Mark graduated in 1966 from Florida High School and went on to attend Florida State University. He was an exceptional, self-taught, Senior Electronics System Engineer ranging from industrial to commercial environments. Mark spent nearly five decades in his field, 31 years at HiFi Buys and the last 13 years at EIC Repair. His skill level and knowledge were unparalleled and will be sincerely missed by his friends and peers.

While he was an engineer by trade, he was an artist, musician and inventor by choice, driven by passion and the never-ending desire to constantly learn new things. To understand his mind and the way it worked was to be completely submersed in a world of extraordinary colors, intricate designs and music that you could almost see as much as you could feel it.

He is survived by his four children, Paul (Victoria), Jon, Michael (Christina) and Erin (Graham), four grandchildren, Avery, Jackson, Madeline and Lucas, two brothers, David and Lee and many nieces and nephews. He is preceded in death by his parents Harold and Margret Burgess.

A celebration of life will be scheduled at a later date. In lieu of flowers, his children have asked that you please consider a donation to the American Heart Association in honor of their father.

To order memorial trees or send flowers to the family in memory of Mark Edward Burgess, please visit our flower store.