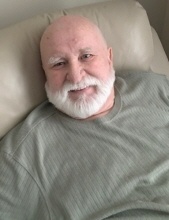 Murl Eugene "Gene" Geary After achieving 81 years in this life and fighting many a battle, Gene met an opponent he could not conquer and honorably left this world Tuesday, June 22,2021. Gene began his adventure in 1940, born to Murl and Freda Geary, and spent his youth in Washington, IN. After graduating high school, he joined our great armed forces and soon achieved his goal of becoming an U.S. Army Attack Helicopter pilot. He served fourteen years, the last having completed three tours in Vietnam. Gene was a decorated officer earning a Purple Heart, Two Bronze Stars, The Distinguished Flying Cross, The Air Medal, The Broken Wing Award and many other commendations and awards. He would often say that other than family, nothing else compared to his time in service. Shortly before leaving the military, while stationed at Hunter Army Airfield, Gene met the love of his life and best friend, Shirley, they married in 1972 and lived in the Savannah area with their daughter, Rebecca. Gene continued his call to service joining the Savannah Police Department as a forensic photographer and patrol officer while attending night school to earn his law degree. He practiced as an attorney in Savannah and surrounding counties for the next twenty-five years culminating his professional career serving as Magistrate Judge for Bryan County, GA. Gene and Shirley worked side by side and shared lifes adventures. Together they enjoyed family, travel, animals, scuba, gardening, a stint as hobby farmers, the occasional trip to the dog track and the ever-popular crime shows. Gene was also thrilled to play "Santa" a few times for family children as well as helping to raise funds for animal adoptions by posing for pet pictures with Santa. In later years, due to health concerns and a desire to be closer to their grandchildren, Gene and Shirley moved to Canton GA, just north of Atlanta. Over his lifetime, his courage, determination, sense of humor, and generosity of spirit touched so many people. He will be sorely missed. Gene left the assignment of living a good life to his loving wife Shirley, their daughter and son-in-law Rebecca and Brad Losner, his daughters Patrizia, Christina, son Tony and sister Cheryl Mason. He also wishes love and a sense of adventure to his grandchildren Rachel and Max as well as all other grandchildren, great grandchildren, nieces, nephews, and extended family. Shirleys sisters Marilyn Williams and Virginia Martin, along with Virginias husband Doug also shared a huge part of lifes antics, shenanigans and stories that will be told and re-told through the generations. Gene chose to be cremated and will be placed in the Columbarium at The Georgia National Cemetery in Canton GA. Services will be held at 9:00 a.m., June 29, 2021. Guests should arrive at the Cemetery Public Information Center no later than 8:30a.m for vehicle procession line-up. Utilize 101 Scott Hudgens Drive, Canton, Georgia, 30114 for accurate GPS navigation. A reception for out-of-town guests and family will be held following the service at Towne View Baptist Church in Kennesaw GA (950 Shiloh Rd NW, Kennesaw, GA 30144). Flowers can be sent to Towne View Baptist Church. In Lieu of flowers, please consider donating to The Wounded Warriors Support Foundation at https://app.mobilecause.com/form/Nh15Ag .

To order memorial trees or send flowers to the family in memory of Murl Eugene Geary, please visit our flower store.