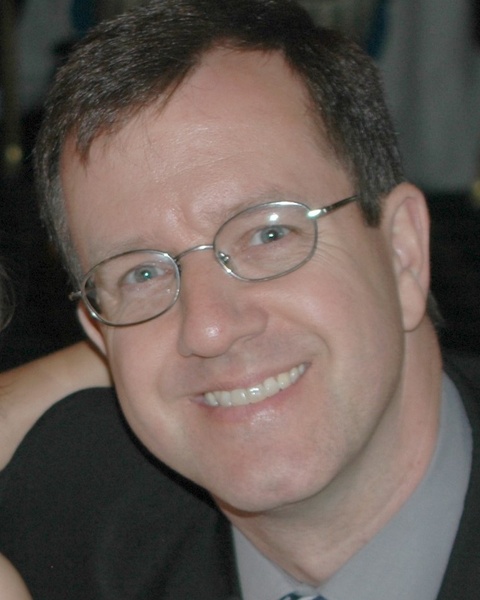 Russell Ernest Vliet, age 54, of Ball Ground, passed away peacefully on September 19, 2022, after a 9-month battle with colon cancer.

He is survived by his wife of 16 years, Amy Loudermilk Vliet; daughter Sarah Grace and son Russell Richard; parents Richard and Carolyn Vliet of Ball Ground, GA; sister Chris House (Bill) of Alpharetta, GA; brother Vic Vliet (Jennifer) of Woodstock, GA; sister Jeni Newman (Johnathan) of Troy, OH; and many nieces and nephews he dearly loved. He leaves many other family members and friends who will miss him greatly.

Russ was strong, smart, funny, and easy to talk to. He was a loving husband and devoted father who spent as much time as he could with family. He loved the outdoors – especially hiking, camping, backpacking, skiing, and playing Airsoft games. Russ was a loyal son, stopping by his parents’ house often to check on them, mow the grass, or help with odd jobs. He was a handyman and could learn to fix just about anything. Working on their cars, he selflessly served so many family members. He was a movie buff (especially horror and sci-fi) and also loved playing games and reading books. Russ was a family man and simply an all-around great guy. Throughout his cancer journey, he rarely complained and always had a smile on his face. Even in his final days, he was laughing and making us laugh.

He was born January 20, 1968, in Elizabeth, NJ. His avid interest in cars began in  childhood, so it was no surprise that he chose automotives for his career.  After high school, he worked for the family business, Tire Kingdom, for 14 years. He earned his Automotive Service Excellence (ASE) certificate as a Master Technician and worked at Cherokee County Toyota, Nalley Lexus Smyrna, and for the last 11 years at Cobb County Toyota.

In high school, Russ was a member of Lebanon Baptist Church and later at East Cobb Presbyterian Church where he was a leader in the youth group.

Friends and family are invited to the visitation at Poole Funeral Home (1970 Eagle Drive, Woodstock, GA) from 2-4 pm on Tuesday, September 27, followed by the funeral service at 4 pm.

In lieu of flowers, donations may be made to Camp to Belong, a non-profit organization that reunites brothers and sisters who have become separated by the foster care system through a week of camp in the summer and other events throughout the year.  Russ had the opportunity to volunteer for two summers at weeklong camps.

To order memorial trees or send flowers to the family in memory of Russell Ernest Vliet, please visit our flower store.