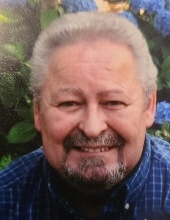 A Celebration of Life Service for Mr. Brewer will be held at 4:00 pm, Friday March 25, 2022, at Poole Funeral Home Chapel with Chaplain Dave Riley officiating. Visitation will be held from 3:00 pm until service time on Friday. Burial will follow at 12:30 pm, April 6, 2022, at Georgia National Cemetery with Poole Funeral Home & Cremation Services directing. In lieu of flowers the family ask that donations be made to the American Heart Association at www.heart.org

Tom enjoyed spending time with his family, especially his grandson. He loved to be on the lake, at the beach, or in the mountains. He loved the outdoors, was a wonderful artist and writer, he loved to read and cook. He was a fan of film noir and Alfred Hitchcock. He served his country honorably in the United States Army and loved his family more than anything.

To order memorial trees or send flowers to the family in memory of Thomas Bowen Brewer, please visit our flower store.