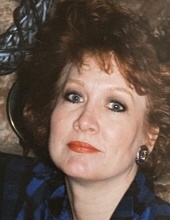 Valerie Lee Wilson went home to be with the Lord after a short illness on Monday, November 22, 2021. She was 78 years young.

Born to Robert Edward Lee and Frances Smithwick Lee November 1943 in Beaumont, Texas, the family moved to Lake Charles, Louisiana when she was 2 years old (1945). The family lived in Lake Charles for 12 years where her father owned a Chrysler Automobile and White Truck Dealership. When Valerie was 14 years old, the Lee family moved to the Atlanta area (1957) where most have remained in Georgia until this day.

Valerie married Frank Wilson in March 1966 and they started their family the following year with the addition of a son, Brent in 1967, a daughter, Tiffany in 1968 and another daughter, Brittany in 1970. The family lived mostly in Marietta where Valerie was an active neighborhood mom when she was not working in the family business. She always made time to be the resident animal doctor, nursing all kinds of injured, orphaned or baby animals back to health, including the family cat…a black Persian named Reagan.

A full-time mother to three with a full-time job, she still found a little time for her true passion. Valerie was a very skilled artist, having turned out beautiful pieces in oils, watercolor, pen and ink and even clay. Several local and some national publications featured her pen and ink drawings and oil paintings.

Valerie was a loving grandmother to 10 grandchildren. While most of her grands called her by the name she chose, “Chere”, the fourth grandchild decided to start calling her “LaBamba”. So, as not to upset any of the little ones, she answered to either name from then on. She loved her grandchildren so.

Valerie is survived by her husband of 55 years, Frank Wilson, her three children and their spouses, Brent and Marion Wilson of Woodstock, Tiffany and Jason Godwin of Atlanta and Brittany Crandall of Acworth, grandchildren (Austin Wilson, Andrew (Cheyenne) Wilson, Alex Ison, Josh Ison, Bobby Whitlow, Colt Whitlow, Taylor (Austin) Grant, Presley Brafford, JW Godwin and Ashlyn Crandall) and one great grandchild, little Bailey Grant. She is also survived by 3 brothers (Bob, Eric and Steve) and one sister (Chalon). She is proceeded in death by her son-in-law Kevin Crandall and her parents.

To order memorial trees or send flowers to the family in memory of Valerie Lee Wilson, please visit our flower store.