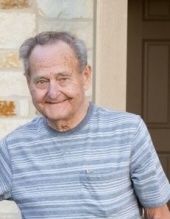 There are those people in life who you meet and never forget. If you ask anyone who knew Bill, youll hear varying responses that carry the same sentiment that he was indeed one of these people. Friends, family, and associates alike recall his seemingly larger than life stories, and this memorable way of story telling. He had a kind, gentle demeanor but was strong at the same time. He was a career airman, but excelled at being a family man. He shined as a loyal and loving husband. He delighted in being a father, but his favorite hat to wear was that of grandfather, great-grandfather, and great-great-grandfather. He never met a stranger, and you certainly wouldnt forget this Gossett if you ever met him. His life was not only full of family and friends, but hobbies and interests which came together to create the man we knew and loved. He was a coin collector and a wood worker. He built structures on his property and rebuilt cars with his kids. He split wood in the summer and built fires in the winter. He grew a garden and pickled his own vegetables. He took road trips with a paper atlas and kept a balanced check book. In 1989 he bought an RCA camcorder which he used for the next 10+ years to record hundreds of hours of everything from family get togethers, to long trips, to holidays, to mundane daily activities. The memories he captured on tape are deeply cherished in this family. He always said the right thing when you came to him for advice. He was there for the births, weddings and each special event that took place in his large extended family. He was our patriarch, our pillar. Mr. William Franklin Gossett, age 87, of Canton, Georgia, passed away on Wednesday, July 7, 2021. He was born on July 19, 1933, in Memphis, Tennessee. He is the son of the late Claude Gossett and Almeda Call Gossett. Mr. Gossett leaves behind a large loving family. He is survived by his wife, Kathleen Gossett; daughters, Judy Wallace, Joy Valicenti, Cassy Woodward (Capt. Andrew Woodward) and Heather Gossett; sons, Bill Gossett (Susan), Lee Gossett (Lori) and Matt Gossett; sisters, Debbie Bryant (Paul) and Ruth Allen Finley; brother, Glen Gossett; 13 grandchildren, 11 great-grandchildren, and 1 great-great-granddaughter. Numerous nieces, nephews and other extended family also survive. Mr. Gossett was preceded in death by his parents; sisters, JoAnne Hall, Frannie Benefield and Judea Seaton; brothers, Jerry Carter, Eddie Gossett and Bobby Gossett; and one granddaughter, Brittiney Gossett. The Funeral Mass for Mr. William Franklin Gossett will be held on Wednesday, July 21, 2021 at One oclock in the afternoon at The Catholic Church of the Transfiguration located at 1815 Blackwell Road Marietta, Ga. 30066. Father Henry Gracz will officiate. Interment will follow at 10:30 in the morning on Friday, July 23, 2021 at Georgia National Cemetery located at 1080 Scott Hudgens Drive Canton Ga 30114 with full military honors. Visitation for Mr. Gossett will be on Tuesday July 20, 2021 from 5 oclock in the afternoon until 9 oclock in the evening at Poole Funeral Home.

The Catholic Church of the Transfiguration

To order memorial trees or send flowers to the family in memory of William Franklin Gossett, please visit our flower store.