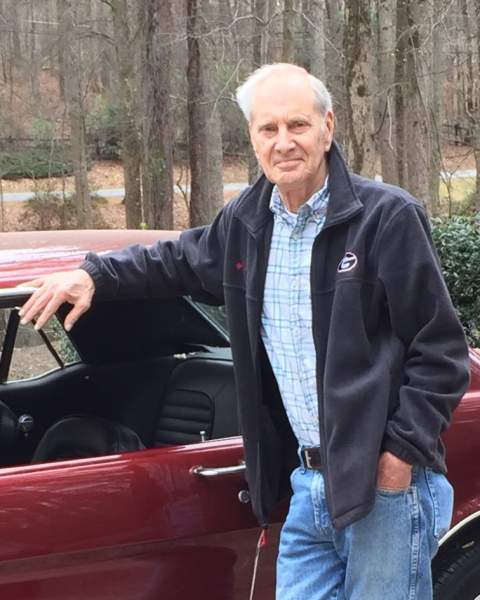 Mr. William Carlton Pinkard (79) of Woodstock, Georgia departed this life on Friday September the 9th, 2022 surrounded by his loving family. Mr. Pinkard was born in Atlanta to his late parents Fred Pinkard and Sally (Cannon) Pinkard. He is survived by his brother Sam Powell of California and his sister Kathy Powell of Nebraska along with his niece and nephew Heather and Jake Powell and their families.

William, affectionately known as Bill to his family, met the love of his life, Carleton Parr Hardin in Mableton, Georgia. They were married for 55 years, Mr. Pinkard proudly served his country in the United States Air Force for 4 years and the Air National Guard for over 20 years. He served at McGhee Tyson Air National Guard Base in Knoxville, TN for the majority of his career. He enjoyed life, loved his family, liked to work in his flower garden, and sit on the front porch and drink coffee. He loved to read, enjoyed watching football, and studying stocks.  He frequently watched movies and the history channel at all hours of the night.  Camping and hunting were also hobbies he enjoyed with family and friends. He had 2 goals in life - to pay off his house and to make someone smile everyday of his life.  He was successful in fulfilling both of these goals.

He is preceded in death by his parents, Fred Pinkard and Sally and Ford Powell, children William Scott Pinkard and Tyler Carlton Pinkard.

A graveside inurnment service will be held from the Westview Cemetery with military honors provided by the United States Air Force at a later date. Poole Funeral Home and Cremation Services of Woodstock are in charge of the arrangements.

To order memorial trees or send flowers to the family in memory of William Carlton Pinkard, please visit our flower store.