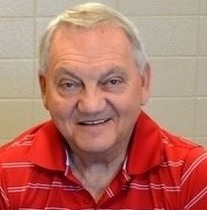 William (Bill) Earl Taulli- dedicated husband, father, papaw, and friend- went to be in his heavenly home the morning of December 5th, 2022 at the age of 77. Bill was born to Angelo and Erma Taulli in Alton, IL. He graduated from Alton High School in 1964.

Sergeant William Taulli served in the Vietnam war before returning home to marry the love of his life Suzanne Taulli on June 15th, 1968. He was a proud Veteran who loved and respected his country and proudly talked about his service daily.

After returning from war Bill continued his career at General Motors in St. Louis, Missouri and moved to Georgia when the plant closed. He worked for General Motors for 37 years before retiring as the Human Resource Director.

Bill and Suzanne raised three children together and if you knew Bill you knew all about his children, their families, their accomplishments and his unconditional love for them all. Being a father and grandfather was his greatest joy in life.

Bill was an avid follower of the Georgia Bulldogs and a collector of all things Coca-Cola. He never missed the opportunity to workout (9:00 am sharp 3 days a week), and he could be found all over town speeding by in his shiny red Corvette! Anyone who has ever met Bill has been roped into one of his cheesy dad jokes and although you might have heard the same joke 50 times, he still found a way to make you laugh! Bill found humor in everything in life!

Bill was preceded in death by his father, Angelo, his mother, Erma, and his siblings Phyllis Waters and Tom Taulli. He is survived by his wife Suzanne Taulli, his children Grant Taulli, Marci (Ryan) Rickard, and Amy (Shannon) Glass. He loved his 7 grandchildren beyond measure: Riley Rickard, Sam Taulli, Evan Glass, Bailey Rickard, Max Taulli, Austin Glass, and Ansley Glass.

To order memorial trees or send flowers to the family in memory of William Taulli, please visit our flower store.